Behind the Scenes of the Heart for the Homeless Project 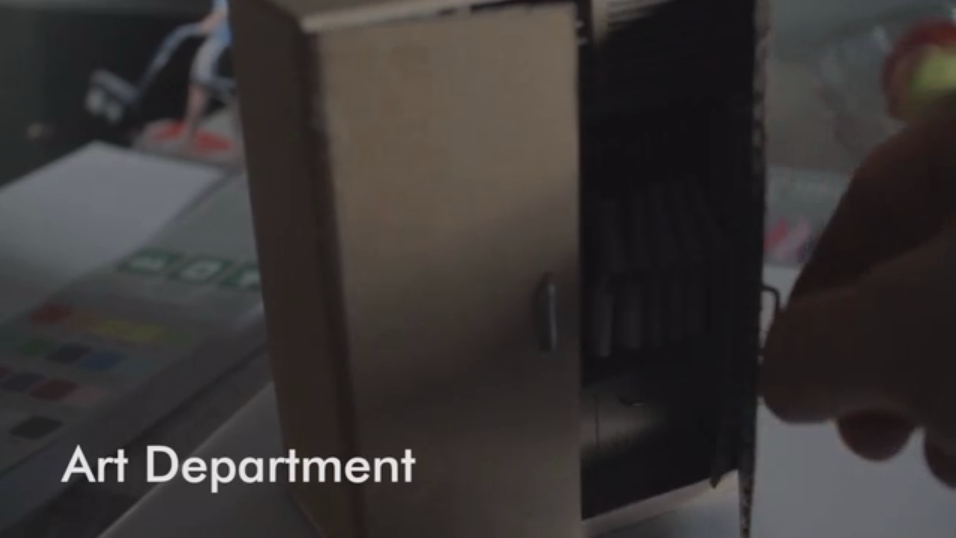 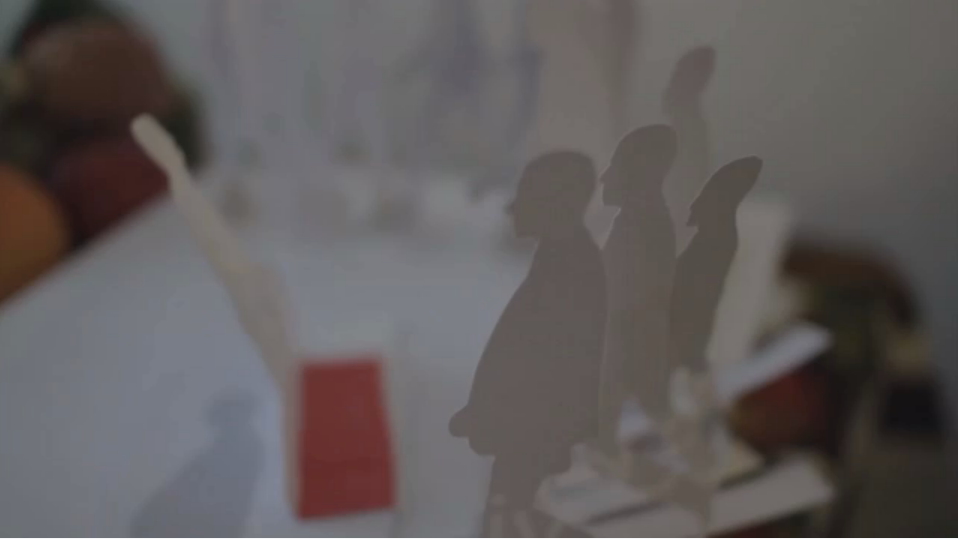 Heart for the Homeless – BEHIND THE SCENES VIDEO

An Interview with Producer and Director, John Cavallaro on the Heart for the Homeless Project.

– How did you come across Heart for the Homeless?

A friend of mine made the last film and was too busy to do it for Leighton. I met with Leighton and heard about his cause and loved the idea.
– Why did you donate so much of your time to this?

I think one of the biggest motivators in life is passion. When we tap into our passion it’s amazing how much motivation we can muster. To Leightons credit, apart for a script outline he gave us full creative control. In commercial advertising this rarely happens. Leighton entrusted us with his baby and with that freedom we went all out. We worked with a minuscule budget but because Leighton gave us the luxury of breathing time, an aspect that most projects with a big budget can’t afford, we were able to develop and modify ideas which made it easier to inspire the team. I guess by the end we were a little obsessed. It was a great learning curve for us too as we had never done stop motion or built a miniature set before. I sought the advice of several of the worlds leading stop motion animators who had worked on movies like Caroline, and the new Lego movie. I also had a friend who is now based in London working as an animation director on a new marvel movie, who spent a day with me. There we’re definitely some moments when we realised what the magnitude of the project had become when we felt a little overwhelmed, but most of the time we felt like big kids playing with toys. I really do love the texture of cardboard, the smell of glue and burning bulbs while being on set. It was quite rewarding to push ourselves to our limits and see what we could create. 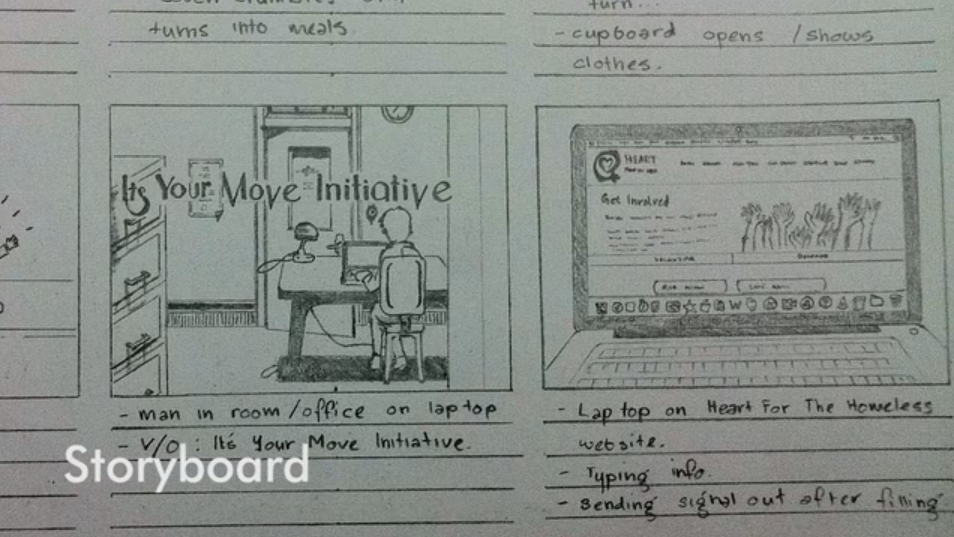 I’ve been in the industry for over 10 years now and I have really enjoyed doing less with computers and more onset production. I’m a people person and I love the collaboration of artists working together with different skill sets on a project. I had a curiosity about creating a real life miniature world inspired by a chance visiting a model train expo. The attention to detail was mind boggling. I then attended an event that showcased some of Sydney’s stage production designers and fell in love with some of the miniature sets they built 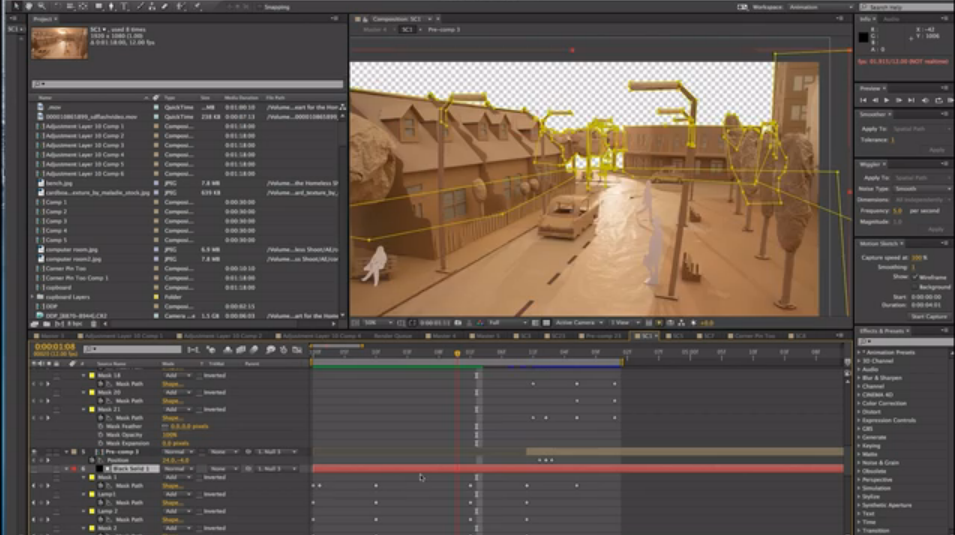 – What good do you hope to come from your work (dream big!)?

I’ve always been a big dreamer. I enjoyed the journey and didn’t place massive expectations on the outcome for us. My goal is to make feature films. I’m currently working on a rom com feature films shooting in London this winter.As every artist, I hope one day to direct something where budget isn’t the main constraint. I think there are many indirect outcomes from this project that will stay with me, such being a better team player, learning perseverance, keeping a creative vision strong with many people over a long period of time and being comfortable consistently operating outside of my comfort zone. There is always something to learn from each project.

In all honesty it would make me the most happiest if the ad helped to elevate the cause of Heart for the Homeless. I would love to really see this charity become recognized in the public consciousness. I love the simplicity of the idea and authenticity of all involved and hope that it continues it’s rapid growth across Australia. 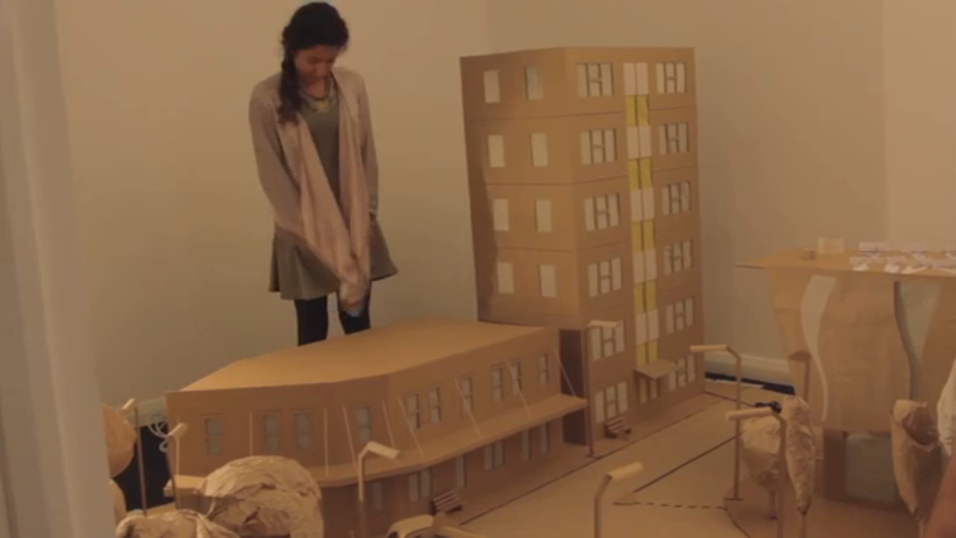 – If you had one thing to tell people watching the video what would it be (okay, can be more than one)?

When you move house log on to HFTH site.

Thankyou to Ikea for your generous supply of free quality cardboard.

If you are interested in doing stop motion animation, carefully plan your schedule then multiply it by 10 possibly 15 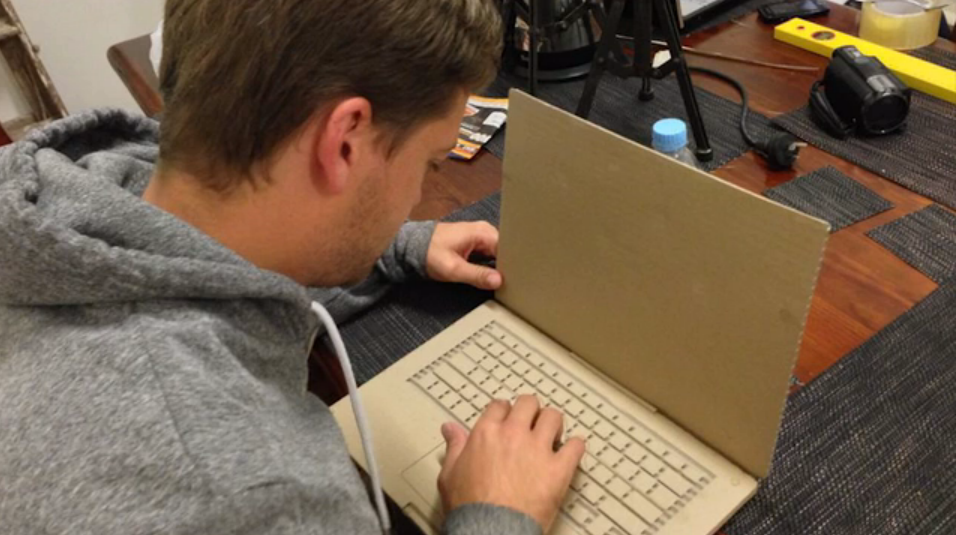 I wouldn’t have been able to do without the help of Michael Bosshart. He is incredibly detailed and highly self motivated. Not only did he make the models, he created the templates for building them from scratch. Really a genius. He was instrumental in the look and feel of the props as well as bringing a delightful attitude to the project which made him a joy to work with.

Katie Cridge helped out considerably in design for the whole duration of the project. She always persevered, consistently offering many great ideas such as the logo animation at the end, website design and “your move” lights.

Other key people in the props and art department include Jessica Sutton (Preproduction) Richard Tretheway, Cherisse Matthew and Kayla Foran. 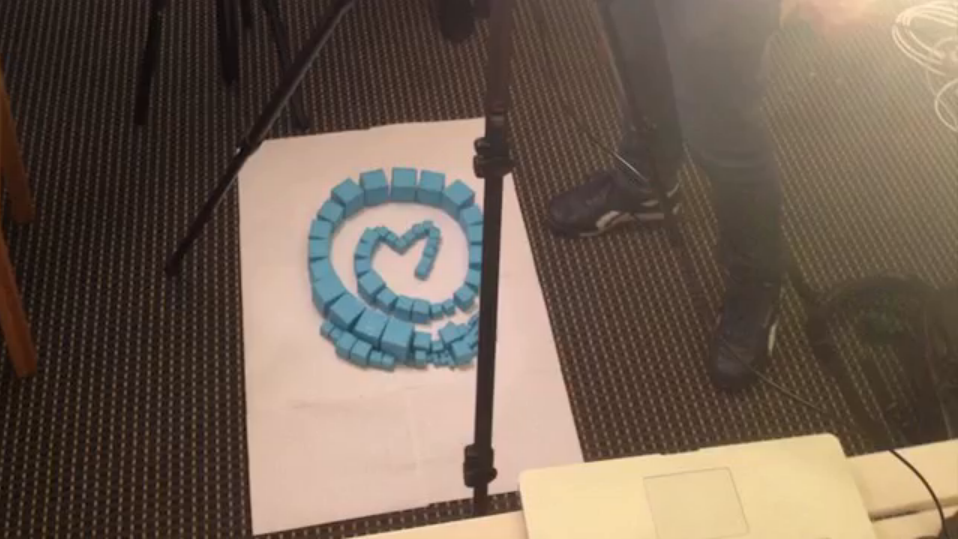 Lina Cavallaro, Mark Cavallaro helped with the location and generously supplied us with many bowls of spaghetti. Damian Dekker assisted us with shooting and and our very talented voice over artist Andrew Taylor offered his services in silky sweet narration.. 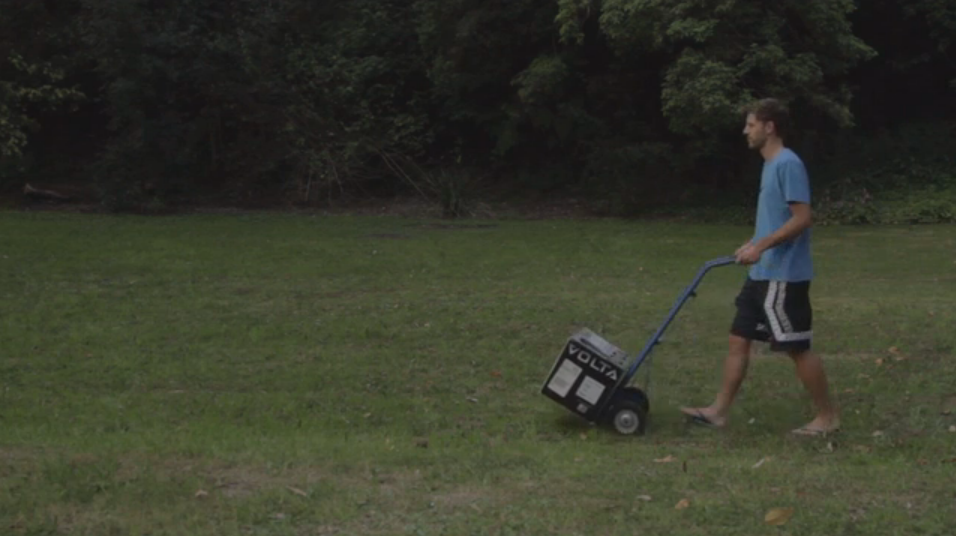 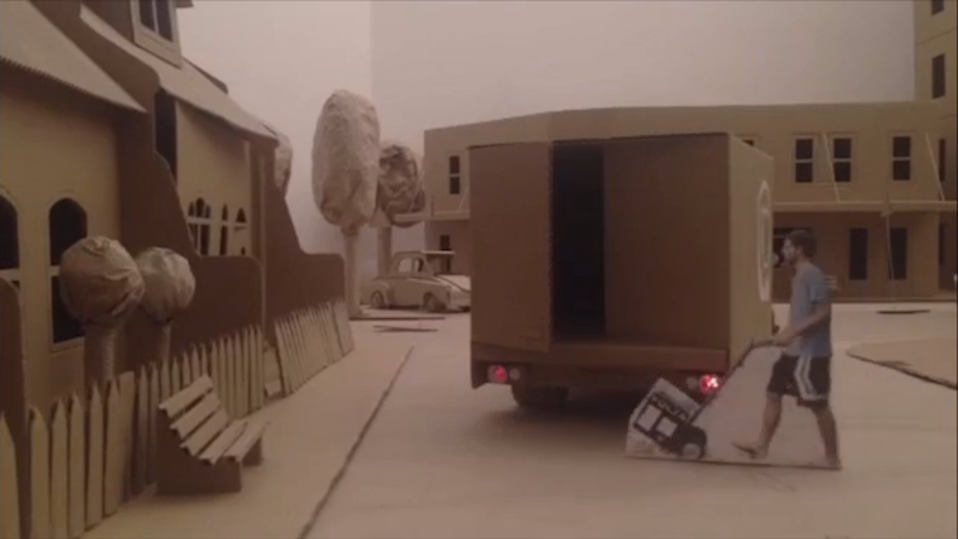 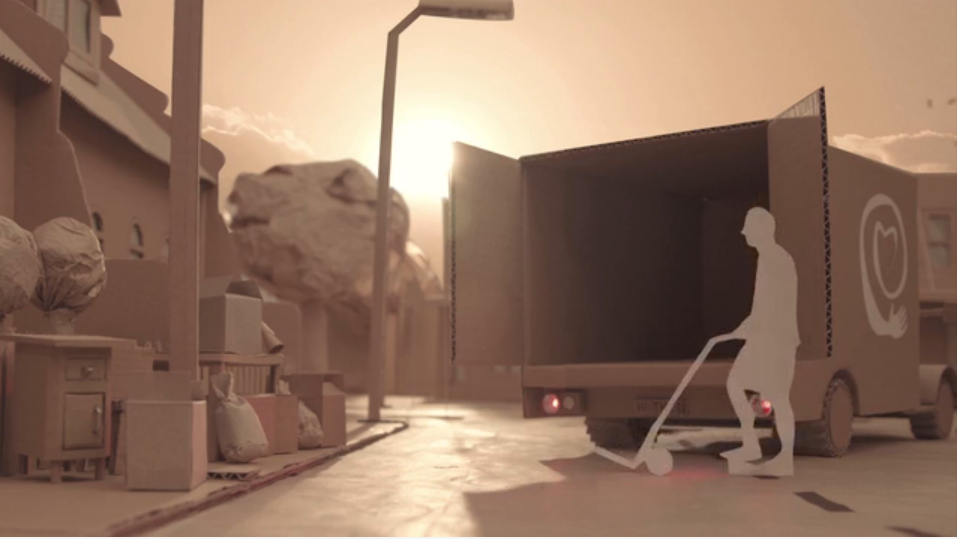